The premiere of our tour film Iceland Challenge – eflow through ice and fire – at the world’s leading bicycle trade show was more than a success. We were overwhelmed with great feedback from all sides – the industry, the media and the consumers alike.

We presented our tour documentary, a 23 minute film which we introduced by a short slide show performance, at the Eurobike fashion show stage in the East Foyer. What a great venue to reach over 300 people who could sit in the foyer comfortably and everyone who passed the foyer on their way from one section of halls to the other or who headed for the open air grounds.

The premiere took place in the afternoon of September 29, the second day of the show. The Iceland Challenge Team happily welcomed their main sponsor eflow who joined the event with a large crew, accompanied by the team from co-sponsor HiTech Energy. Among a large trade audience, some more sponsors were able to join the event during this busy trade show.

The first showing to the general public was held on Eurobike’s one and only public day, Saturday, August 31, 2013.

At both events it was a great feeling to live through the Iceland Challenge tour again. As every time when we watch the film we had a big  smile on our faces and were happy to share it with the audience. The applause spoke for itself. 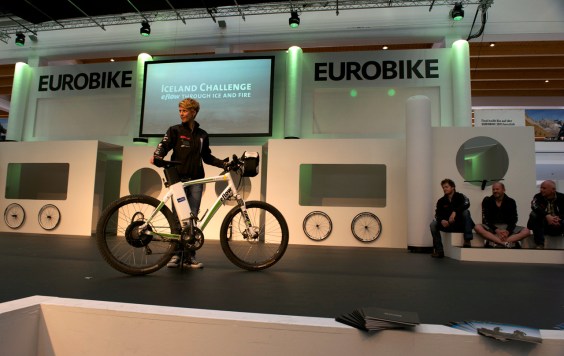 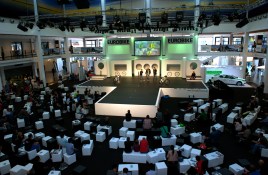 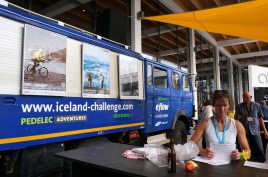 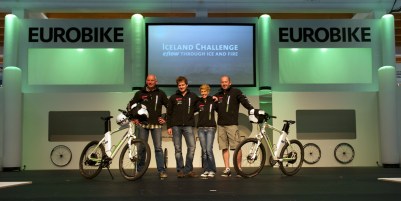 …With a smile on their faces … (Patrick Knappick)

We have screened the world premiere of our Iceland Challenge film tonight. The applause was overwhelming – thank you, thank you, thank you!! Next screening @ Eurobike: Sat, 12:30 p.m. Photo: Pedelec Adventures Team (front) and the main sponsor eflow. pic.twitter.com/Pb60i7NOfz

Postcards + posters arrived, film has been rendered, team members are arriving at scene: All ready for the EUROBIKE! pic.twitter.com/mL7nZVnhRS 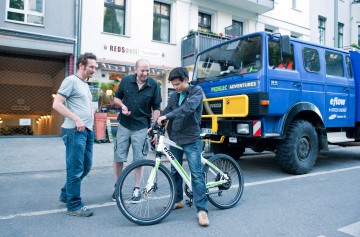