The short version of our film Iceland Challenge – eflow through ice and fire –  had its premiere at the LEVA networking dinner at Eurobike in Friedrichshafen. As every year, this event gathered the light electric vehicle industry and was a great platform to meet friends and business partners and make new contacts from this worldwide community. The LEVA dinner was held at the Zeppelin Hanger Restaurant on September 29, 2013.

We dedicated our film screening to Sidney Kuropchak who was the President of the LEVA and had passed away from cancer just a few days before Eurobike.

Sid had been the heart and soul of the LEVA and is missed by everyone beyond words who knew her well. We believe that she was with us that night, and will always be, just from different spheres.

Traveling through Iceland, sometimes felt as if we were in different spheres too, just because it was so beautiful. And we were happy to share  a tiny part of this amazing experience with the LEV audience that night.

We showed the short film again at Interbike in Las Vegas for its USA premiere in September 2013. 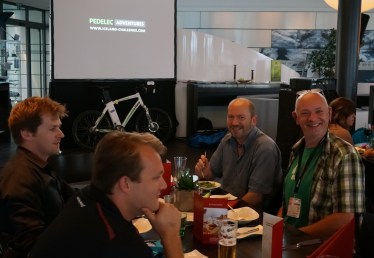 The Iceland Challenge Team at the LEVA dinner (SB) 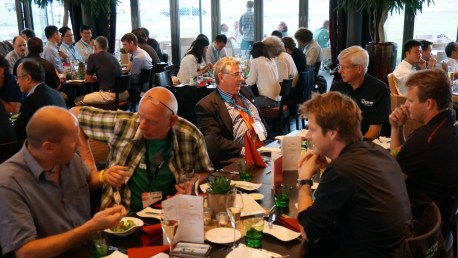 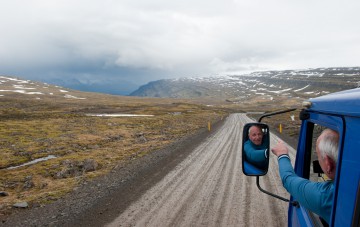