We happily followed the invitation of Currie Technologies, eflow’s distributor in the US, to present Iceland Challenge at Interbike, North-America’s leading bicycle trade show. The annual event was held at the Mandalay Bay Convention Center in Las Vegas from September 18-20, 2013.

On the first day of the show, our film had its USA premiere at the booth of America’s e-bike market leader Currie Technologies. Our live slide show followed by the tour film attracted a whole crowd into the booth of the Accell Group member. Numerous well-known personalities from the bike world joined the event and enjoyed a free beer.

On the second day of the show the LEVA E-Bike Lounge provided the venue for our second showing in the US. All seats were taken by an eager audience who asked lots of good questions after the film. Thanks for this – we enjoyed the interaction!

Iceland Challenge presentation at the LEVA E-Bike Lounge at Interbike, Las Vegas 2013 (US)

Iceland Challenge was met with great enthusiasm from the American bike community and from foreign visitors alike. We were more than happy about so much positive feedback and interest in future projects. Giving interviews, making plans for new trips and meeting friends from the bike world was a great pleasure.

As was riding elfow along the Las Vegas Strip – the boulevard that is home to the fancy hotels and casinos like Cesar’s Palace, Luxor, New York – New York, Paris, Venetian, Treasure Island and Flamingo, just to mention a few. The contrast between the remote, peaceful, and chilly surroundings of Iceland could not have been more glaring than finding ourselves in America’s sparkling entertainment metropolis in 40 degrees Celsius. Actually it was quite a challenge to gain our space on the 8-lane Strip amongst hundreds of car drivers who are used to anything but cyclists. BUT we survived our daily rides and sort of enjoyed summer – finally! 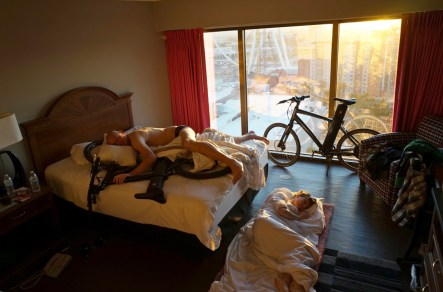 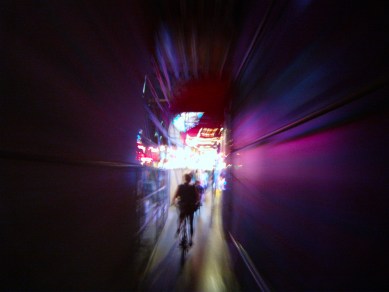 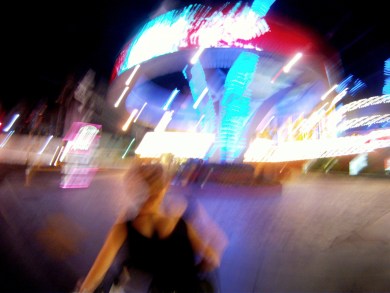 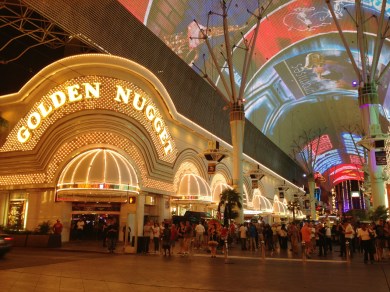 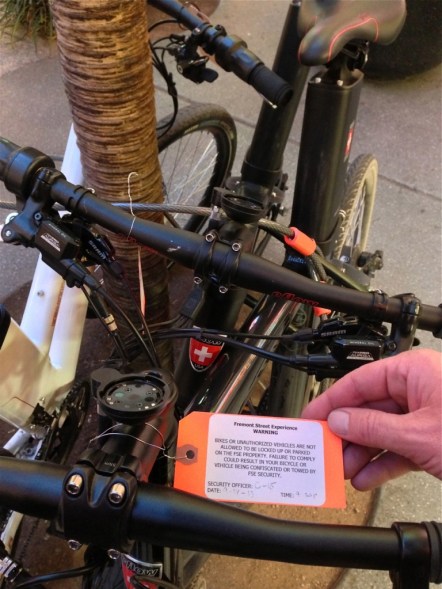 Warning for parking in the wrong place (SB) 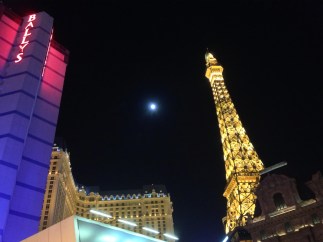 Impressions from “The Strip” (SB) 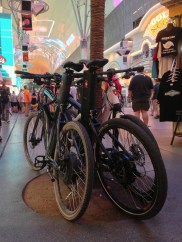 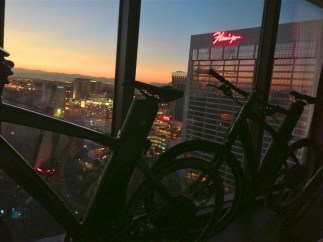 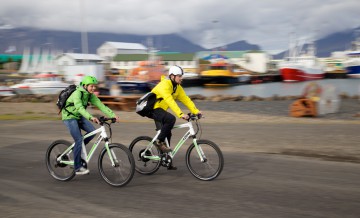